Four types of spiritual vacations — is one right for you?

The sounds of Hard Rock Hotels

Armchair Traveler? When we find ourselves at home, and traveling is just a dream, movies can help us experience places without leaving our homes. Here are a few movies about travel or with characters who do the traveling for us. 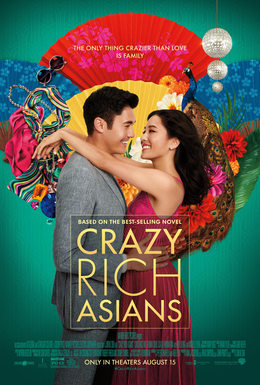 Armchair Traveler? When traveling is just a dream, movies can help us experience places without leaving our homes. Here are a few movies about travel or with characters who do the traveling for us. Thank you to Alan Fine from Insider Traveler Report for the list and inspiration.

Away We Go: An unmarried couple in their thirties who go on a road trip around the U.S. and Canada to find the perfect place to live. Cities visited  are Denver, Phoenix, Tucson, Madison, Montreal, and Miami. Stars Maya Rudolph and John Krasinski.

The Bucket List: Two cancer patients with little in common  both need to make peace with the lives they’ve lived, as well follow up on the things they always wanted to do before they die. These adventures take them all over the world including  Egypt, Africa, China and the Himalayas. Stars Morgan Freeman and Jack Nicholson.

The Darjeeling Limited: When their father passes away, three brothers come together for a trip across India. Stars Owen Wilson, Adrien Brody and Jason Schwartzman.

Eat Pray Love: A career woman with a  perfect life that goes sour journeys to Italy, India and Bali, where she discovers those parts of the world and herself as well. Stars Julia Roberts

Europtrip: Dumped by his girlfriend, a high school grad decides to embark on an overseas adventure in Europe with his friends. The cities covered are London, Paris, and Berlin and Matt Damon has a supporting role.

Into The Wild: Based on the 1996 book by Jon Krakauer, Into the Wild recounts the story of a college graduate from the suburbs, who turns his back on society and material possessions and sets off to the wilderness of Alaska. Stars Emile Hirsch

Lost in Translation: In Tokyo, an old movie actor meets a recently married woman who is uncertain about her life. Stars Bill Murray and Scarlett Johansson.

Crazy Rich Asians: Rachel Chu is happy to accompany her longtime boyfriend, Nick, to his best friend’s wedding in Singapore. She’s also surprised to learn that Nick’s family is extremely wealthy and he’s considered one of the country’s most eligible bachelors. Thrust into the spotlight, Rachel must now contend with jealous socialites, quirky relatives and something far, far worse — Nick’s disapproving mother. Stars Constance Wu and Henry Golding.

Want the Inside Scoop?

Sign up for for Tips and Tricks to help you Relax and Embrace the Journey!

Wonderful! You have Successfully Subscribed!

your privacy is very important to us! contacts are confidential.